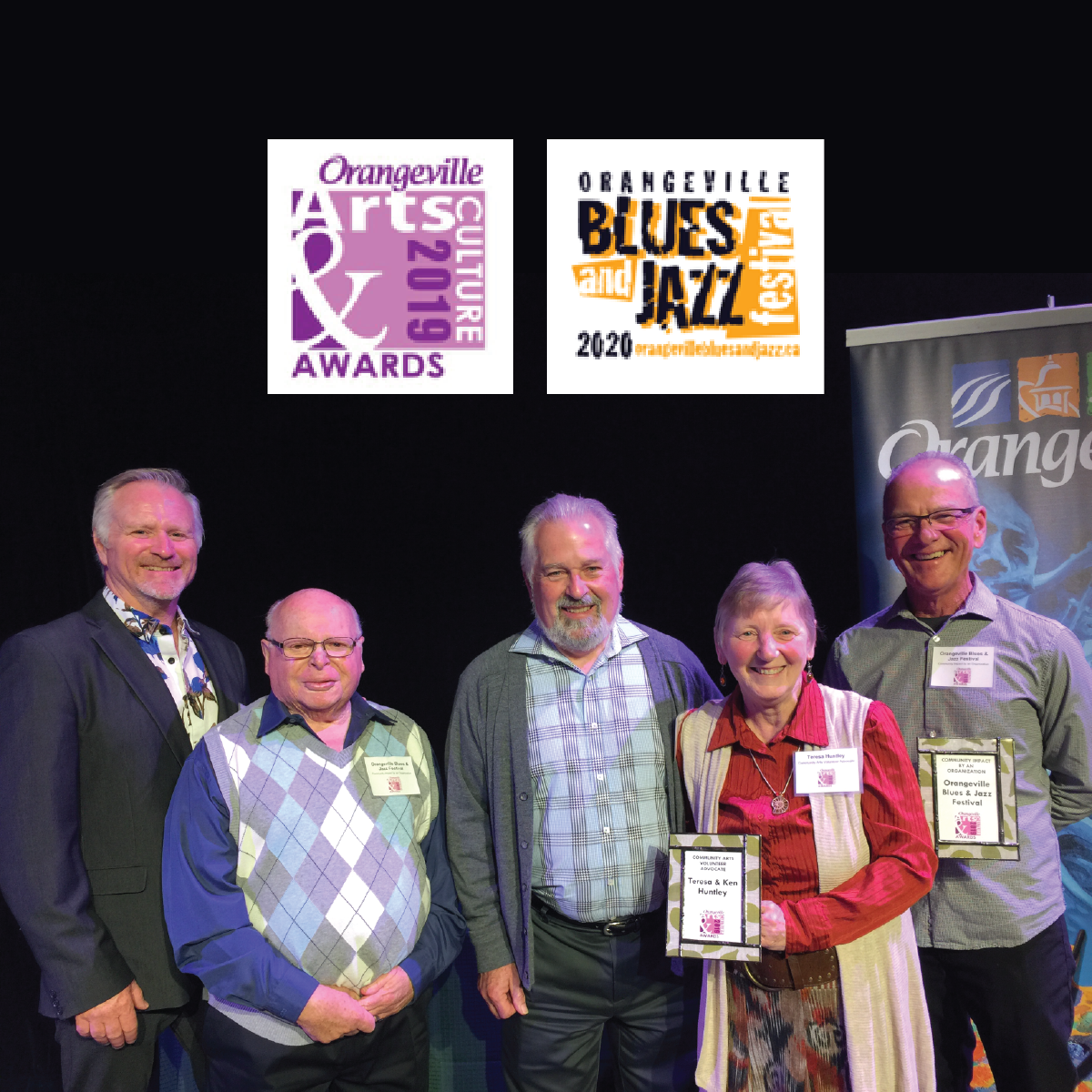 It is with a great deal of pride and appreciation that the Orangeville Blues & Jazz Festival received the 2019 Orangeville Arts & Culture Award in the Community Impact by an Organization category at the award ceremony held on September 26, 2019.  “Widely recognized as one of the major cultural events in Orangeville and Dufferin Country, the Festival has received numerous awards including being recognized as one of the Top 100 Festival & Events in Ontario for the last eight years.  Attracting over 35,000 people during the Festival’s four-day schedule of performances and events, the Festival plays an important economic and cultural role in the community as a financial stimulus producing over one million dollars of economic impact for the area.  The Festival showcases over 235 local performers and is supported by the hard work of 175 volunteers.”

The Awards also recognized the significant role that volunteers play in supporting the development of Arts and Culture in our community.  The 2019 Orangeville Arts & Culture award in the Community Arts Volunteer Advocate category was given to Teresa & Ken Huntley.  “The Huntleys share a common goal of continuing defining the arts through their selfless, consistent, and relentless volunteering.  Their effort and commitment spans decades and are widely recognized by the many organizations that they support.  They are active volunteers for the Orangeville Blues & Jazz Festival, Theatre Orangeville, Museum of Dufferin, Community Living Dufferin, and the Friendship Club program at Christian Reformed Church.  Their many accolades describe them as reliable, positive and committed.  Their enthusiasm has influenced many others who have been inspired by their hard work and dedication.” 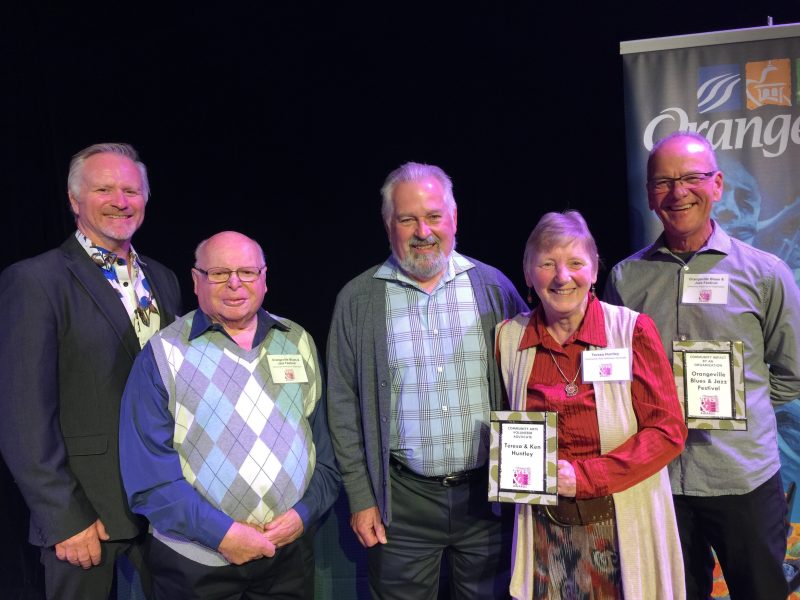