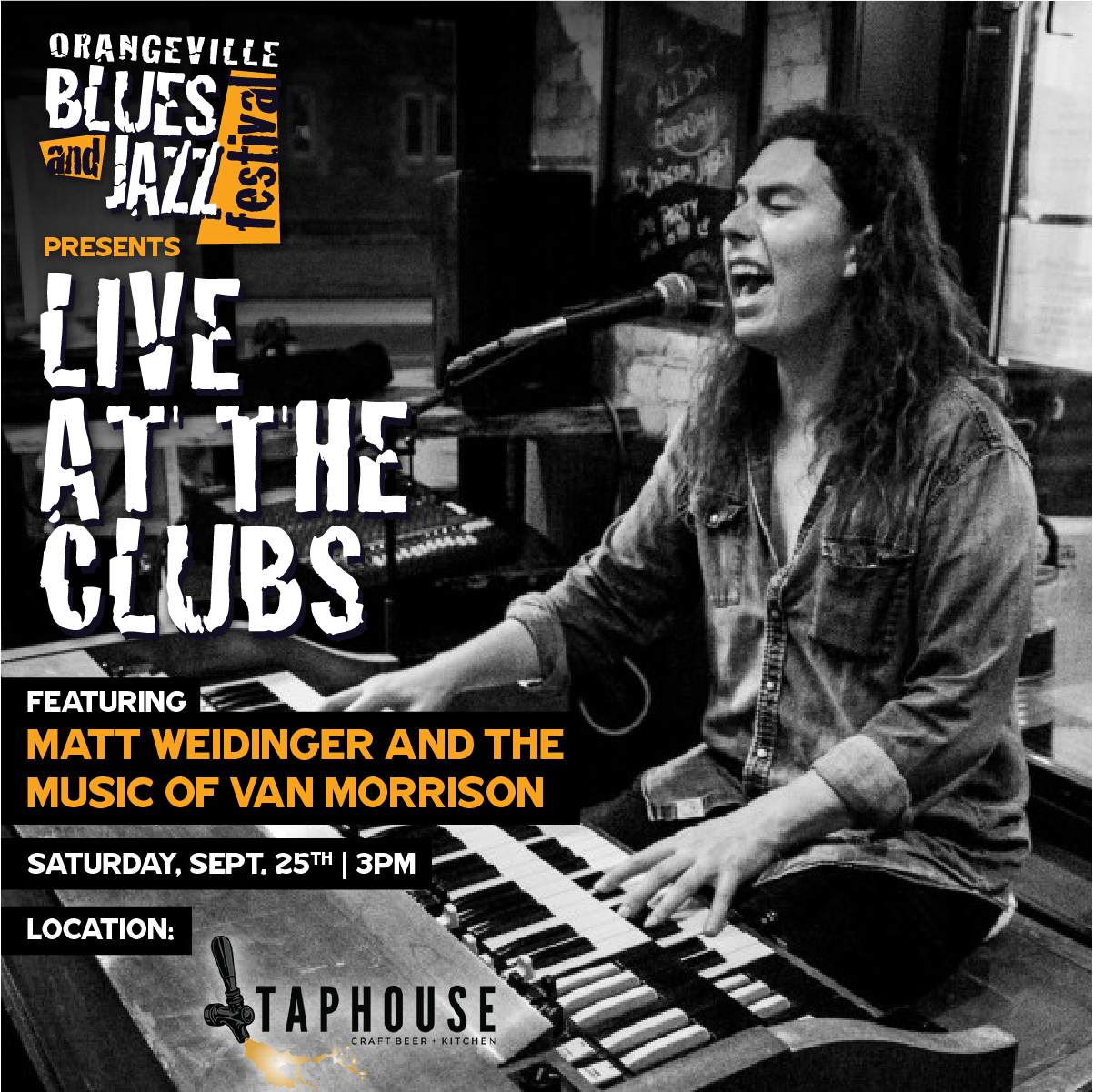 The Orangeville Blues & Jazz Festival Presents: Live At The Clubs

Featuring Matt Weidinger And The Music of Van Morrison

Matt Weidinger has a voice like no other. The 26-year-old Kitchener, ON native, is a passionate young songwriter, who is well known for his mature rock/soul vocals and impressive multi-instrumental (organ, guitar) talents.

His unmistakable earthly tones captivate the hearts of anyone who hears it. He performs like a veteran musician on the piano and organ and is equally proficient on guitar, or mandolin.

Although some consider him a throwback of the ’60s, he still has the capacity to grab the attention of both the old, young and everyone in between. He’s an “old soul” who easily commands the attention of any crowd. His passion for music and performing is contagious.

Starting his music career at the ripe age of 15, Weidinger has had the pleasure of playing a variety of venues around Southwestern Ontario on a weekly basis. He also performs at multiple blues festivals around the province.

Matt will be accompanied by a seven-piece band, including two horns to reflect the unmistakable sound for which Morrison is known.