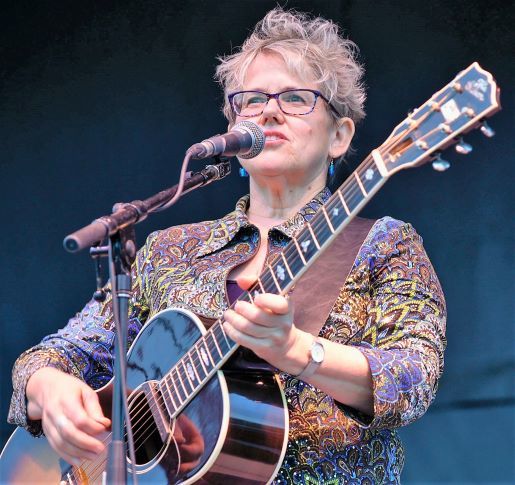 Nelson, BC
Blues
Canadian singer songwriter guitarist Judy Brown released her solo album Say It in 2018 – produced by Maple Blues and JUNO award-winners Gary Kendall (Downchild Blues Band) and Ted Leonard (Fathead) which delivers authentic witty and serious self-penned songs. In 2019 Brown performed an official showcase at the Toronto Blues Society’s Blues Summit Nine and was nominated for a 2019 Kootenay Music Award. Brown began her writing and live music career in Edmonton performing in the Alberta’s oil patch. Re-locating to Toronto she formed The Judy Brown Band with renowned bassist Gary Kendall appearing live and on radio and TV. Brown appeared as guest vocalist/co-writer on the song “Lucky at Love” on Kendall’s Dusty & Pearl album (2004) and co-formed the all-female blues and rock powerhouse The Wilmas (2010-2015). After 30 years in the Toronto music scene in 2016 Brown relocated closer to family in BC where she regularly performs.
Website
Facebook
Twitter
Instagram
Youtube link