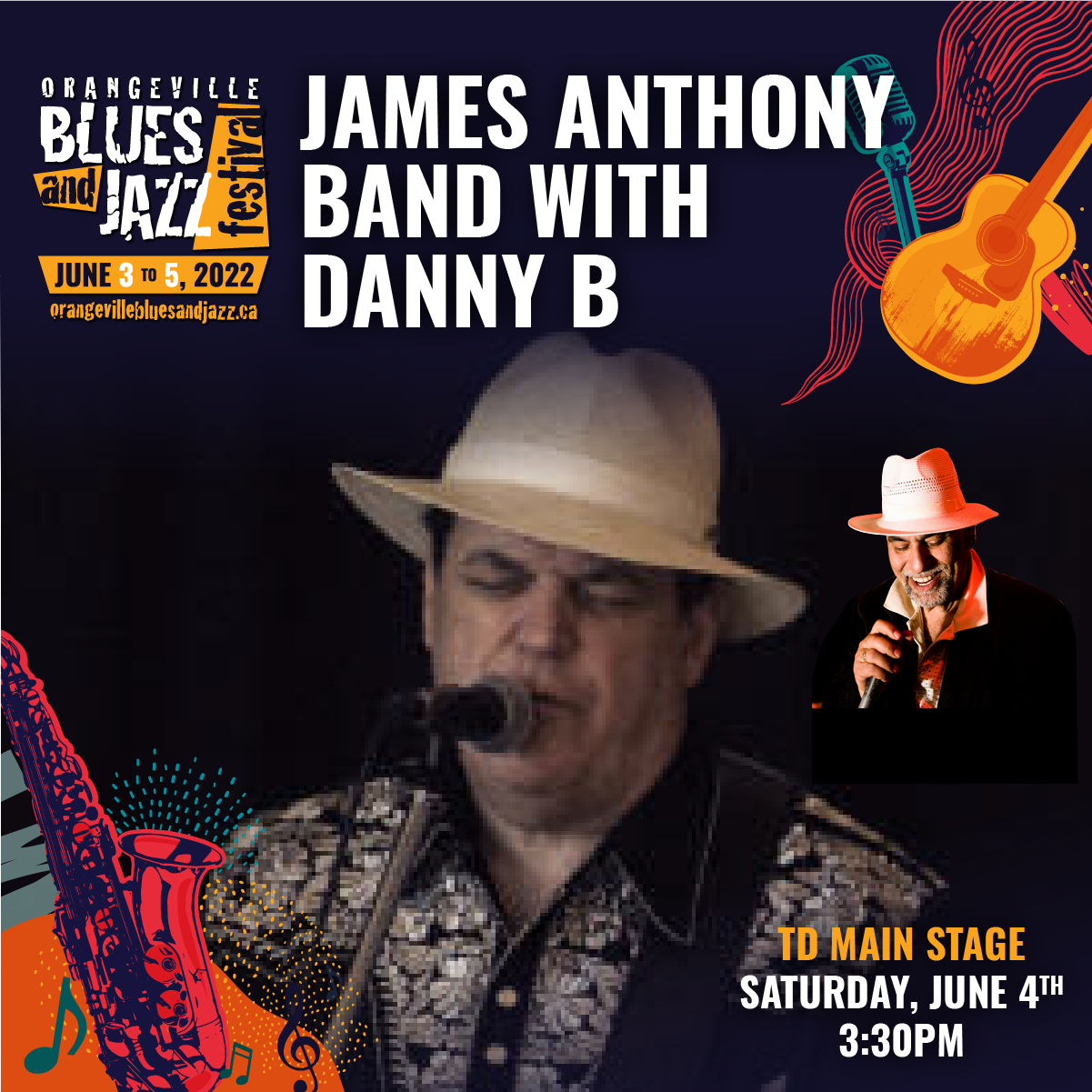 A natural musician at age 10, James played Ontario Place at 15 and turned pro at 17. He went on the road at 17. In 1974, James Anthony joined Edward Bear and various Toronto bands. In 1978 had one Album on RCA with Mondo Combo. The 80s James played country sessions, TV and radio shows. As part of the Lulu’s House Band in the 1990s in Kitchener, Ontario, James Anthony performed with over 150 touring Artists, including, Sam Moore of Sam & Dave, Denny Doherty of The Mamas & the Papas, Gary U.S. Bonds, and The Platters. Anthony was inducted into Blues Hall Of Fame USA on September 22, 2013 in Detroit!