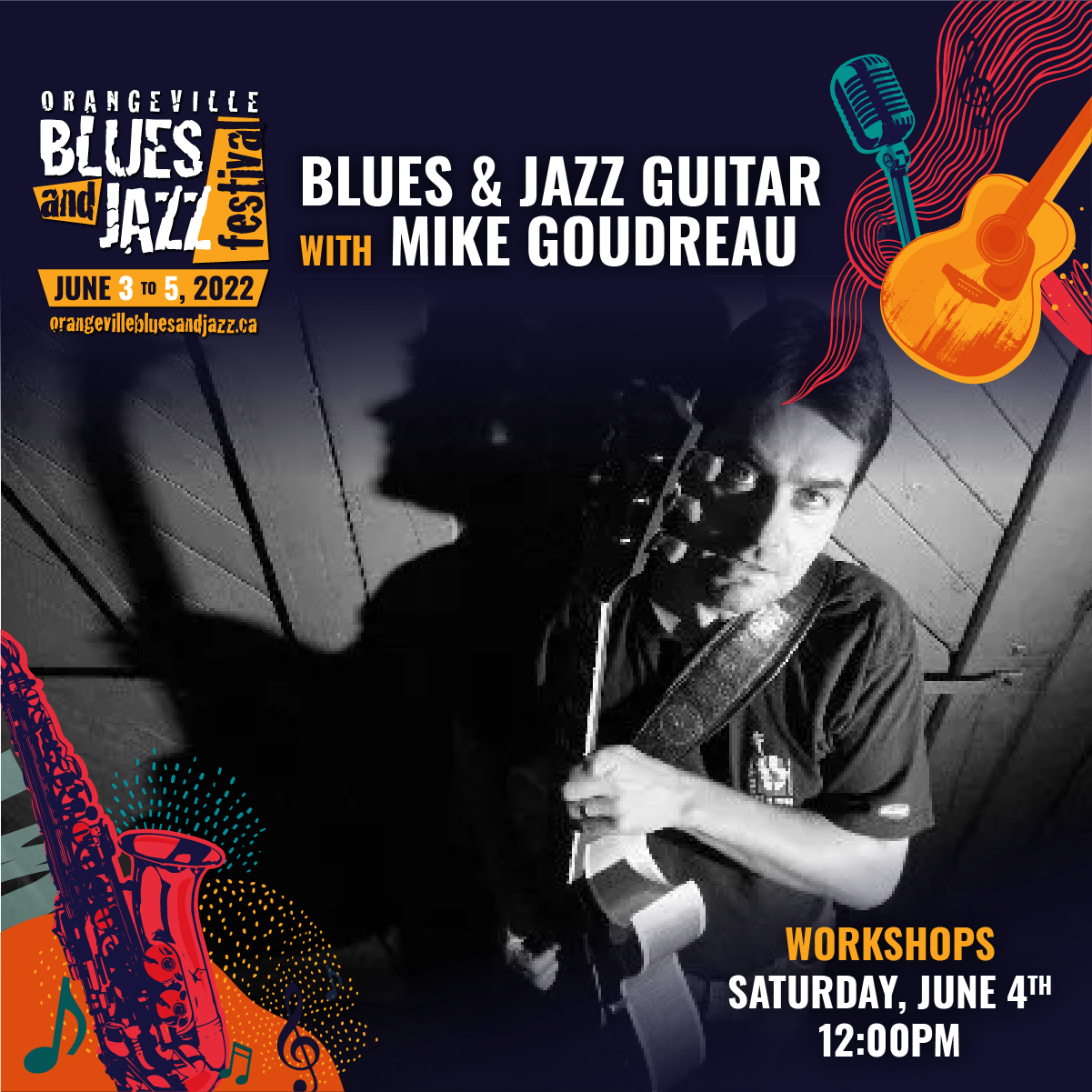 Mike Goudreau tries to demystify the stylistic differences between Jazz & Blues guitar playing with examples of various chord progressions, substitutions and rhythmic grooves. Using well known Standard Blues and Jazz songs to demonstrate the subtle differences between the genres in an accessible way.

Born in 1965 in Newport, Vermont into a musical family with an English mother and a French Canadian father, Mike picked up the guitar at age 14 and hasn’t stopped playing since. In the early 90’s Mike formed The Boppin Blues Band. Since their first CD, he has produced 22 albums and over 150 songs for film and television. We are pleased to have this great band from the Eastern townships of Quebec make a rare Ontario appearance at Orangeville Blues & Jazz Festival!

James Anthony Band with Danny B