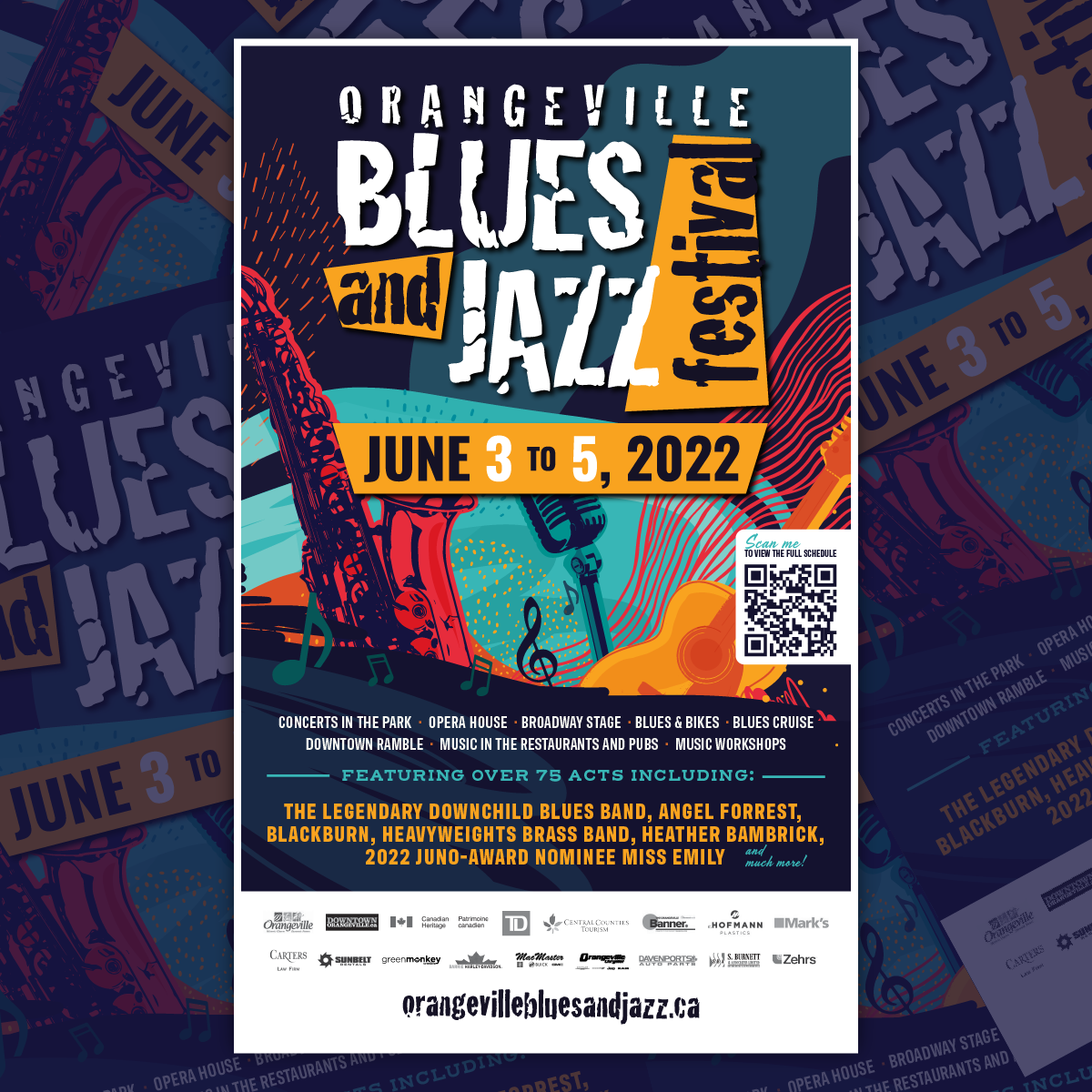 The Orangeville Blues and Jazz Festival is pleased to announce details about upcoming 18th Festival that will take place this year over three days from June 3-5 in downtown Orangeville!

“We are very excited to announce this year’s 18th Festival which will feature over 75 acts on 4 stages, in local pubs and restaurants, plus several bands performing on the streets throughout the weekend as part of our special events” says Larry Kurtz, Festival Founder and Artistic Director.

On Saturday, starting with the Orangeville Business Improvement Area’s (OBIA) Farmers Market running from 8AM to 1PM, Broadway and Mill Street will be closed to vehicle traffic to provide a pedestrian friendly festival environment with over ten bands performing in various outdoor locations on the street. New this year, on Friday, Saturday & Sunday will be the launch of the TD Broadway Stage on Broadway which will feature Toronto Blues Society Talent Search Winner Sandra Bouza, Erin McCallum Band, Falcon Jane, Danny Marks, Russell Scott, Coster-Hewus-McGibbon, Heather Katz, the Campfire Poets, Travelling Wannabees, and Soul Collective. In addition, on Saturday the Heavyweights Brass Band will open the Saturday TD Broadway Stage schedule and lead a New Orleans style Jazz March along Broadway!

Throughout the entire weekend there will be live music featured in over twenty clubs, restaurants, and event venues around town as part of the Festival experience.

Special performer workshops will be presented in the Orangeville Public Library.

Festival President Josh Leitch said, “On behalf of the Festival and our thousands of attendees and hundreds of volunteers, we are deeply grateful for the funding and services generously provided to support the Festival. I would like to acknowledge the following:

For more information about the Festival, including a detailed schedule of activities and performers, please visit orangevillebluesandjazz.ca